In this blog, I am going to show how to make a clock including load averages visible on your RPi_UI board's display. The code I used is:

With my raspberry I sadly had the problem that it was 2 hours earlier in time. So, I had to change it to the correct current time.

I changed the time manually: to see the current time: 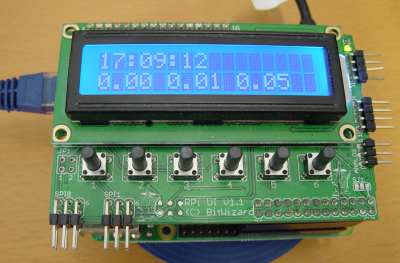 ( when you turn it off and of by ctrl x and z it will also just come back to the right time. )