Difference between revisions of "Blog 08"

After that we do the gpu temperature the result from measure_temp you would normally would look like: temp=34.7'C

We are going to print 'GPU Temp: 'before it so we don't want temp= to appear. To remove it we do: gpuTemp0//temp= to say temp= has to go away

( Sadly the raspberry pi display doesn't know the Celsius mark so I replaced it with: ' ) 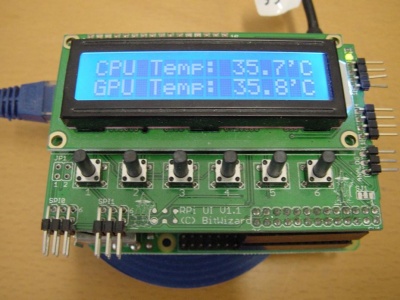 The maximum temperature the raspberry pi should get is 70 degrees! If it is getting higher than 70 degrees it is recommended to cool the Raspberry pi down as fast as you can!

Look at my other projects at the Blog list