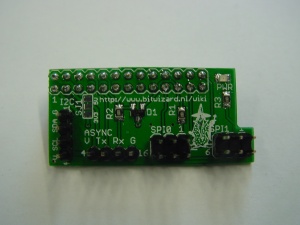 You can send things from your 'pi to the I2C and SPI busses using the tools from: